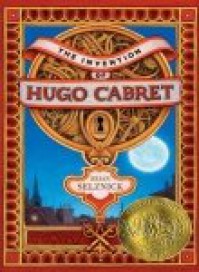 The story was fairly predictable for me (although it would be less so to the targeted age group) and without the illustrations, I wouldn't have been as engaged. I love old films, old toys, and old technology, so I found the historically accurate drawings fascinating. The more detailed drawings are sort of an I-Spy for enthusiasts who enjoy Jules Verne or Steam Punk. And I enjoy the films of Georges Melies, so that was an added bonus.

The book takes place in turn-of-the-twentieth-century Paris, when many technologies were coming together: photography, flight, movies, robotics. I would recommend this book highly for middle-school kids as I think it's engaging and would encourage kids who think they don't like to read. Both main characters (a boy and a girl) are smart and brave. Also, there is much information in the book that can be used as a jumping-off point for other topics, from robotics to trains to early film to French history.
Tweet